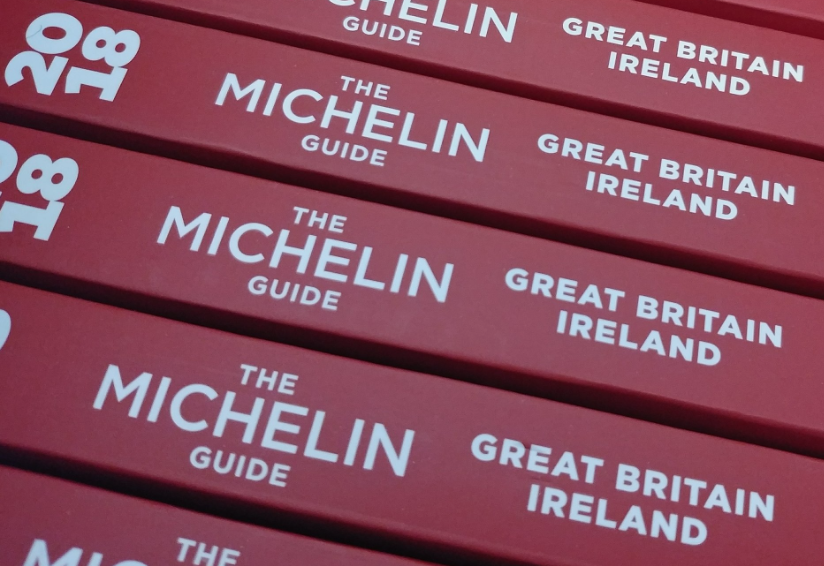 It’s that time of year that can leave the calmest of chefs quaking in the kitchen, as the culinary world’s highest accolades are announced. For the second year running, UK Michelin Stars will be announced at a secret location at a live London event attended by Michelin Guide UK Editor Rebecca Burr and International Director Michael Ellis and invited Chefs and leading hospitality media.

James Day, Founder & Director of GourmetXperiences and GREAT BRITISH Guides will be in attendance to share the highs and lows, announcing live on twitter @gourmet_life alongside Michelin’s own Live broadcast from their @MichelinGuideUK twitter feed.

James caught up with Rebecca prior to tomorrow’s event to seek some insight into this years guide.

Right up until the end of August, Michelin Guide Editor Rebecca Burr and team have been perfecting, correcting and making last minute changes to the 2018 guide – a book that is received with bated breath by those in the hospitality business, for over 100 years. Most Chefs and restaurateurs claim not to chase the prestigious stars but everyone wants to know who has lost and who has gained; and Rebecca has already promised ‘a surprise or two along the way’.

The Michelin Guide 2018 is published on October 5. Yet, for the second year running, publishers decided to break with tradition and announce new entrants at a live chef-packed extravaganza, before publication. Speaking to her prior to the event Rebecca says it’s a new formula that works well

“Last year, it was really satisfying to be able to bring all those chefs together, and there was a real buzz in the room. It wasn’t perfect, and it’s only natural that we’ve looked for improvements for the 2018 launch.

“This year we’ve brought even more chefs together at this years fittingly prestigious location in London. We’ve been really looking forward to it and hopefully there is a surprise or two along the way, for all the right reasoans” she says.

It has been a tumultuous year for Britain but Rebecca says that reports back from Michelin inspectors are that restaurant quality definitely hasn’t suffered.

“The industry seems to be reasonably buoyant and there are some really exciting chefs coming through, so we’re pretty pleased,” she says.

When it comes to food trends, Rebecca is reticent about revealing common fads.

She says: “I suppose it depends on your definition of a fad. We don’t tend to see many fads, or sometimes perhaps we don’t see them as fads. Very often a certain style of cooking, or a certain ingredient, will come into fashion, but in fact it may have a heritage dating back hundreds of years.

“We certainly celebrate the home grown, but not just for the sake of it. Using local and seasonal produce can be a very good thing, but as always it’s about the completed dish on the table. It’s been a really interesting year; a lot of chefs are now developing their own styles, which we very much welcome.”

What she has noticed is a continued change towards a more casual approach to food and environment.

“It’s up to restaurateurs what sort of atmosphere and environment they create, but the steady shift to informality is probably driven as much by consumer preference as anything else. It’s certainly true that the most casual places can have superb food with fantastic, informed service,” she says.

She is adamant that there is no Michelin formula and believes it is important that the guide doesn’t dictate what chefs should be doing.

“There is no Michelin formula. Anyone who knows the guide entries well and knows the restaurants with Michelin stars will know that there is a vast range of food types and styles represented, and a vast array of environments represented. Not only that, the food offered in every country of the world is constantly shifting. We always try to be at the forefront of recognising change, but we don’t drive it – we reflect what’s going on in the eating out scene,” she continues.

“Chefs work incredibly hard. They can turn their hand to pretty much anything and do their best to adapt. But in the end it’s up to them how they want to run their business and how they can best serve the expectations of all of their customers.”

There have been many restaurants tipped for the top at the event, including Chef Michael Caines MBE new opening the stunning Georgian Lympstone Manor in Exmouth and new Bibendum Restaurant, in the iconic Michelin building, in London. The restaurant has undergone an extensive refurbishment under the new ownership of acclaimed chef Claude Bosi and world famous restaurateur Sir Terence Conran. Industry eyes are on chef Claude to see if he can return the flagship iconic building of Michelin HQ to its former glory and be awarded its first star, returning his own (or two). But Rebecca says that pressure on Claude and the Michelin Guide are only really from press speculation.
“For us, and probably for Claude as well, it’s about the food on the plate. Don’t get me wrong, it’s a beautiful, iconic building with fantastic illustrations of the Michelin brand, and we were very happy to hear Claude Bosi was moving in. It would be very fitting I’m sure if it received a Michelin Star, but once again, it is the food that counts”

Rebecca says that every restaurant is treated individually, but every establishment with a lot of potential gets at least one annual visit.

“We will also act on intelligence or if a chef has changed or a chef with great potential has opened somewhere new. We never lose sight of existing chefs with a lot of potential, either,” she explains.

A Michelin star can open doors and offer new opportunities to chefs and restaurants, and Rebecca takes the responsibility seriously, though admits to enjoying rewarding the best.

“Awarding stars is a great part of our job and it’s doubly rewarding when we get great feedback from our readers who love somewhere that we recognise,” she smiles.

The most difficult part of her job must be taking away a Michelin star. She admits it’s hard but has a responsibility to the dedicated readers of the guide.

“We’re very conscious of the decisions we make and the impact they can have on someone’s business. But we make the Michelin guide for our readers, so we are sympathetic but we have to do our job. We don’t make off-the-cuff decisions and we have to be very confident that we have come to the right conclusions.”

When asked about any hints on any announcements on Monday referencing any specific Chefs, Rebecca just smiles. “Everyone will find out on Monday” she says. “I look forward to seeing you and the Chefs there fr what promises to be an exciting event with a few surprises.”