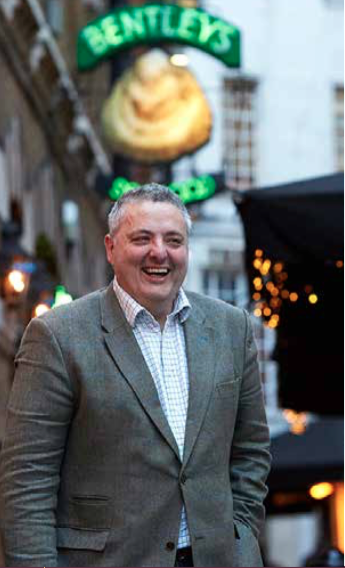 Richard Corrigan is the chef patron of Corrigan Restaurants, which operates Bentley’s Oyster Bar & Grill and Corrigan’s Mayfair in London. Richard’s culinary career, in brief, spans several years in the Netherlands, head chef of Mulligan’s in Mayfair and gaining his first Michelin Star as head chef of Fulham Road in Fulham in 1994 and his second star at Lindsay House in Soho, in 1997. Most recently, in 2013, Richard bought a 100-acre private estate, the Virginia Park Lodge in Ireland.

In addition to wowing the London food scene, Richard has cooked for the Queen twice, British Airways Concorde and is the Chef’s Alliance Spokesperson of the Slow Food Movement. Lauded as one of the greatest chefs of his generation (having won 3 AA restaurant of the year awards), he has received praise from some of the fiercest food and restaurants critics in the land.

SINCE 1916 – THE GRAND DAME OF SWALLOW STREET

Bentley’s has been serving it’s fish and chips and feeding the hungry shopping masses for over 100 years, a haven for fresh oysters, grilled fish and steaks from around the British & Irish Isles and has been under the watchful eye of Chef Richard Corrigan for the past 10 years.

For over 100 years the foremost and the fashionable have been dropping in. A light lunch of langoustines, a dozen oysters and a flute of fizz with friends, before the theatre. The Oyster Bar is relaxed, witty but serious about seafood. Our oyster boys are more chilled than a dozen of Loch Ryan’s finest, resting on a bed of chopped ice.

Upstairs, the Grill serves suppers that sing out for themselves. Wild Cornish mussels followed by seared sea bass or roast grouse – for example – presented amidst décor that recalls William Morris, blue leather, warm wood and fish art on the wall.

‘Shucking’ nearly 1000 oysters a day. Bentley’s is somewhat a flagship institution for the best oysters prepared by London’s most knowledgeable teams.

“Mr Oyster Boy” who is their champion ‘Shucker’, who recently came 4th in the World Oyster Championships, will host an exclusive Oyster Master Class for you and fellow gourmetXperience guests.

Register for our newsletter to be the first to experience this unique gastronomic discovery not available anywhere else, here 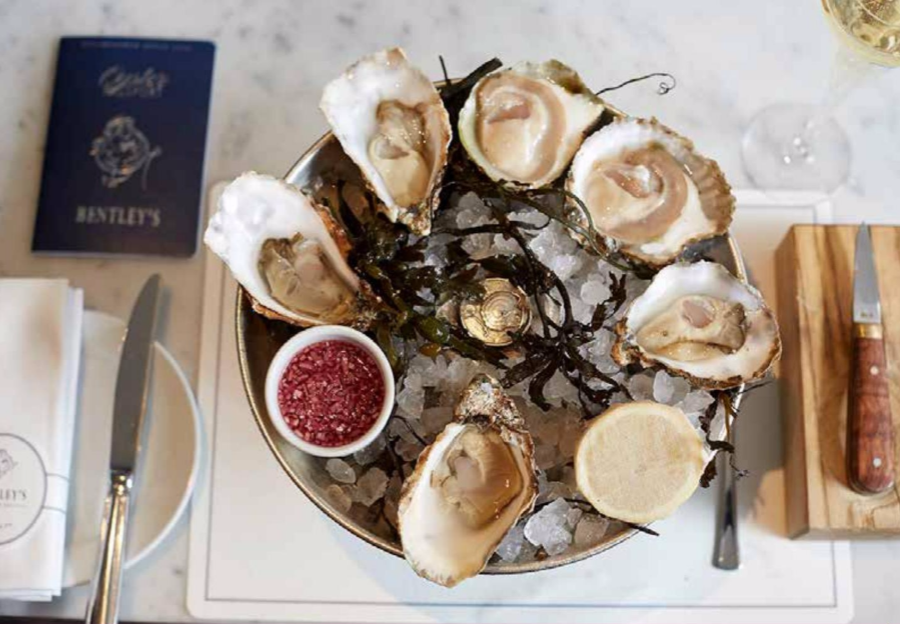